There is a corner of the Peruvian Amazon where the environmental liabilities generated by the oil industry have already left passivity behind. After forty years of hydrocarbon exploitation, the consequences are alarming both for the land and for the indigenous communities that live there.

Despite the fact that the government declared the area an environmental emergency in 2013 and a health emergency in 2014, the conflict continues to drag on without any action from the public administration. Indigenous communities, abandoned by the State, fear becoming environmentally displaced in the face of the growing threat that affects their territory and their way of life.

It’s estimated that there are 45,000 people currently living in the area from different indigenous peoples, amongst them the Kokama, Urarinas, Achuar, Quichua, Shawi, Wampis and Awajún, mostly communities dependent on tributaries of the Amazon, such as the rivers Marañón, Chambira, Corrientes, Pastaza and Tigre.
The Kokama Komilla, “men and women of the river” are one of the ethnicities most affected by oil activity. As its name suggests, their life revolves around the river, on which they also depend to survive. But as a result of the oil industry, their rivers and wetlands are polluted, but also the game and fish they consume. The land absorbs the polluted water from the river and it causes vegetation to dry up, and during rainy season, the oil even reaches the crops of plantain, chilli or cassava.

Through deliberate discharge of the formation waters –water with very high concentrations of metals– they salinized their rivers. They accumulated residual crude in unsealed ponds and “accidents” like oil spills became usual. First from the hand of companies like Occidental, then Pluspetrol, and now Pacific, Perenco, Talisman, Cepsa, Frontera Energy and other brands.

According to a study by the Autonomous University of Barcelona, ​​as a consequence of this contamination, high levels of lead and cadmium are calculated, already detected in the blood of the inhabitants of the area. Although the impact on their health has not been specifically evaluated, scientists recall that these compounds are neurotoxic and carcinogenic, and although the lack of access to healthcare in these communities makes it difficult to get a diagnosis, there are many who got skin and stomach issues since contamination levels have risen.

In this context, notable projects are emerging such as the North Petroleum Observatory, dedicated to the mapping of spills and the detection of heavy metals, but even so, the vast majority of initiatives come from the communities themselves, as is the case with environmental monitors. These are people chosen by the community itself who know the jungle better than anyone and have the mission of discovering small and large sources of contamination left behind by oil activity. Armed with machetes, sticks, and a cell phone to be able to take photos and videos of what they find, they travel kilometers of forest to discover sources and points of contamination. They are community environmental monitors who pass the training from one to another.

The gravity of the situation spurred the Amazonian indigenous strike of Saramurillo in 2016, where members of 125 communities from the different basins of the region moved to take over a Petroperú pumping plant, board the oil tankers and block the Marañon river to force the state to initiate a process of dialogue to solve the environmental and cultural impact of oil activity in the area. These types of protests continue to break out in different parts of the Amazon basin, since to date no notable solutions have been found and indigenous populations are increasingly displaced.

* in the Kokama language wikkaritama defines the strength of a people. 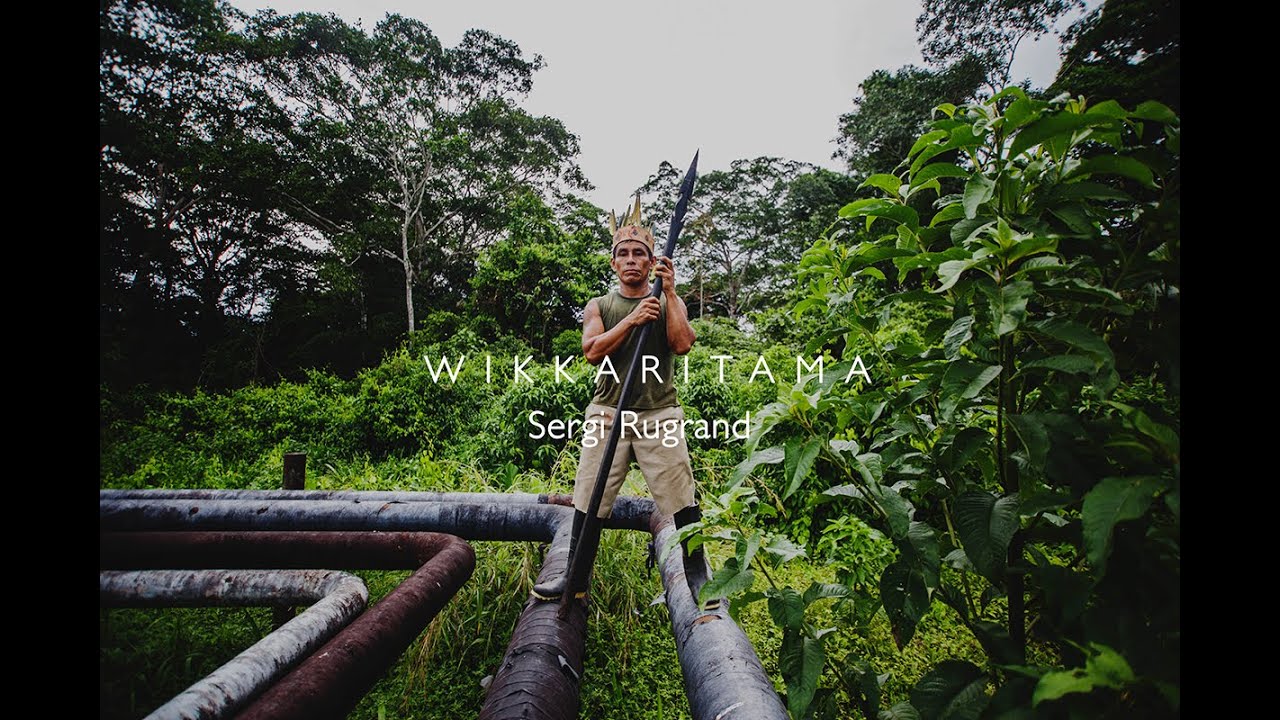